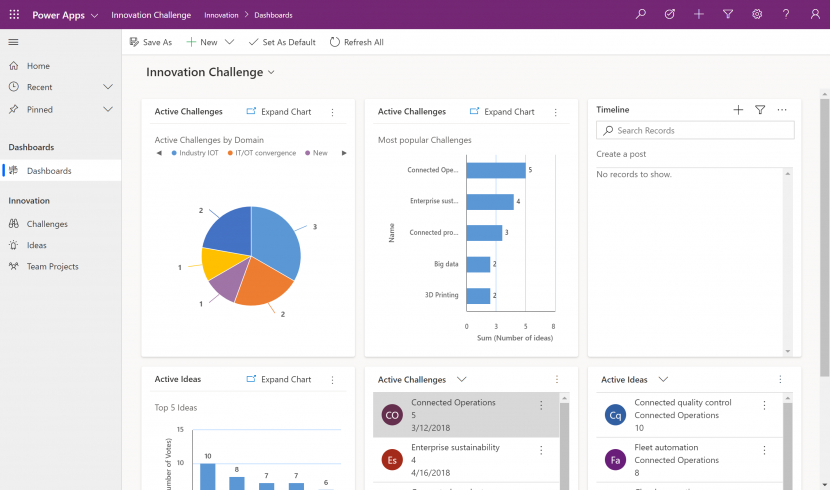 The first wave of their 2022 release plan will become available between April 2022 and September 2022. Click here to read more about the wave 2 release.

What is new from the Microsoft release?

We already saw some useful features released earlier in 2021, such as simplified Dataverse search configuration.

These products were updated with the 2021 wave 2 release:

The release also had two add-ins:

Root16 is most excited about the new features for Power App users: Intelligent Authoring Experience with Power Apps Studio and Unified and Modern Power Apps Designer.

The intelligent authoring experience with Power Apps Studio is a feature that has been in public preview since August 8, 2021. The business value is that Power Apps will make use of AI to help with the creation of apps and improve the usability of Microsoft Power Fx.

Microsoft Power Fx is the name for the formula language for canvas apps. It is general-purpose and attempts to make building an app as easy as building a worksheet in Excel. The problem up to now, though, is that learning the Microsoft Power Fx language takes more time than is convenient for most users. This is why Microsoft is adding AI to allow users to type in natural language that will be converted into expected behavior.

There are many barriers to learning a completely new language. First, it is very difficult to find the time to sift through documentation. Second, finding exactly what you need can be tough if you do not know a language’s specific jargon that matches the issue you are facing. We’re particularly looking forward to this feature because the use of AI will almost negate these difficulties. There is no need to know jargon if an AI assistant will bridge common vernacular with the intricacies of Microsoft Power FX.

This bridge should also allow users to spend less time sifting through documentation since the AI assistant will be there to give you exactly what you want when you want it.

The Modern Power Apps designer promises to allow makers to build apps faster and easier. In the new Power Apps app designer, you will be able to build an app with forms, views, dashboards, and take advantage of all the capabilities of canvas apps.

According to Microsoft, these capabilities will be the centralized source for productive app creation in Power Apps. Some of the features they promise are a live preview and improved integration with other Power Apps experiences.

Root16 has been using the Modern Power Apps designer, which has been in preview for about a year. It has many quality of life improvements that the previous one had been missing for a long time.

This feature coming out of preview is exciting because it really shows that Microsoft is bringing Dynamics up to date with modern standards of user experience. Microsoft’s investment in modernization is clear proof that they fully intend on keeping Power Apps the industry standard.

If you would like to read more about Power Apps, stay tuned to our blog, or you can check out Microsoft’s 2021 release wave 2 plan.

Root16 has years of experience with Microsoft Power Apps and the way they can be utilized to benefit different businesses across different industries. Learn what we can do for your company and contact us today!
Click here to send Root16 a message.